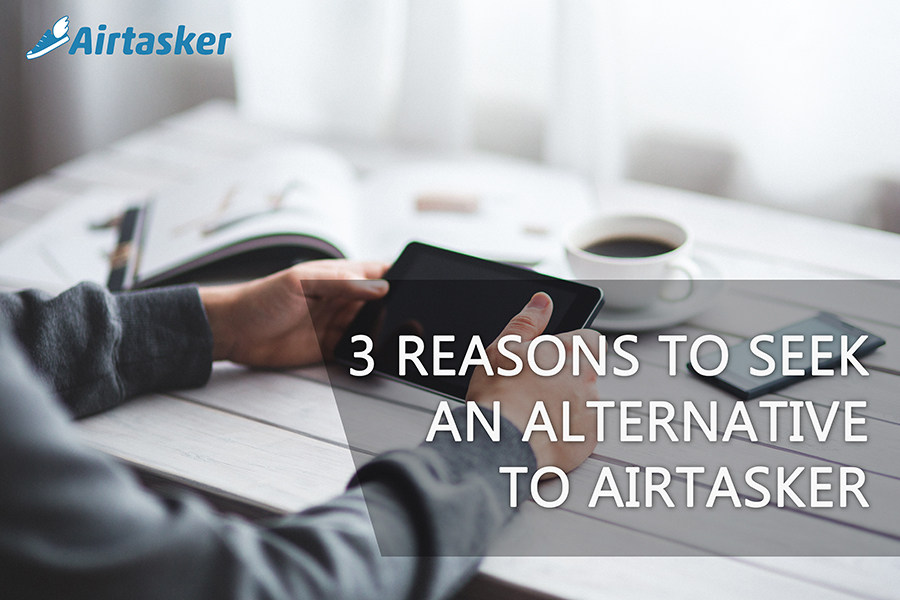 3 BIG Reasons: Seek An Alternative to Airtasker for Your Online Tasks

Australia is one of the forerunners of the emerging and expanding online marketplace and sharing economy, with plenty of digital startups now headlining and setting the standards for this exciting new age of micro-careers.

One of them is Airtasker, founded in 2012 by Tim Fung and Jonathan Lui. The idea sprouted during a move. Life could be easier if they could hire out the tasks that inundated them professionally and personally! Like unpacking, no doubt.

It’s an ingeniously simple concept: hire or be hired. A concept that’s been around for years, by oDesk (now Upwork), and which is still being imitated by Freelancer, TaskRabbit, and others, with differences in method and successes.

For example, TaskRabbit was under fire last year for displeasing its workers for becoming an agency-like platform, removing the independence and freedom of workers in choosing their work. Many of these workers moved to Airtasker.

Speaking of agencies, they work because they’re specialized.

Rather than an agency, USource is a team of small teams. Each team consists of 6-8 skilled digital staff – usually a copywriter, a graphic designer, in some cases a developer and a variety of specialists with varying skills across social media, SEO and other online disciplines. Agencies have this “big brother” image that USource doesn’t subscribe to. Jobs are handpicked and considered during a team-huddle. TaskRabbit erred on needlessly becoming an agency.

The success of Upwork is that it left its huge pool of skilled freelancers freedom to work as they please. The success of USource is that the freedom remains alongside the security of being part of a team: a talent pool with ready resources to deliver the needs of clients. Assign a one-off task with USource Task Masters and consider it done.

Airtasker has a lovely story about their growth. In the beginning, they took on more than they can chew: errands for big clients. They ended up with furious clients . They have since learned from that and now aim for customer satisfaction instead rather than growth.

But the reviews say otherwise, and that’s only understandable. It’s a marketplace– jobs are not monitored, qualifications and reliability not verified and guaranteed.

You outsource to save time and money– but if you have to rehire and repost just to find the skilled digital support staff you need, you’re wasting time and money. By contrast, assign a one-off task with USource Task Masters and consider it done.

Unlike its competitors who have specialized in certain niches and become “single-service marketplaces,” Airtasker remains open and versatile, providing work and workers for a wide arch of needs from household tasks to administrative tasks. You can get a gardener here, as well as a graphic designer. While that works for Airtasker, it doesn’t work for a small-business owner in urgent need of a website, blog content, and a social media presence.

USource provides that skillfully, and fast. Give the job, smooth the details, and the task is underway. And unlike the lack of guarantees in sites like Airtasker and TaskRabbit– USource’s team of specialist digital staff are all made part of the team in the first place for their ability to deliver outstanding work.

The difference between a marketplace and a Team of Skilled Freelancers

A marketplace expends its resources in acquiring buyers and sellers to make the market efficient. USource’s only focus is to deliver work well done and exceed expectations.