Reasons Why You Should Hire a Virtual Assistant from the Philippines 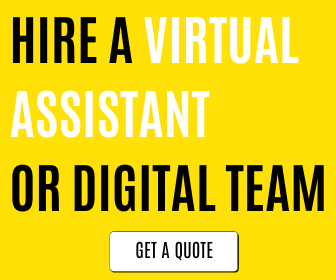 Nowadays, it is quite easy to find people who can do a certain job for you. In fact, you do not even have to meet them face-to-face to gauge whether he or she is the perfect employee for you. For certain tasks, you can actually hire people over the Internet and let them do the job for you, all with little interaction.

Many small-time entrepreneurs, and even the larger companies, outsource some of their staff through this method, especially if the work entails something that can be done either through cyberspace or is only needed for a short time. From writers, web designers, social media managers, and even to personal assistants, you can find a lot of freelancers online that are willing to do certain tasks from you. You just have to look.

These are some of the numerous reasons why Filipinos, in general, are a favourite hire of many, not only as virtual assistants but also for other positions as well. This does not mean that all of them are flaw-free when it comes to work but this list will at least give you an idea of what to expect when you hire a virtual assistant.

Nowadays, most websites have a feedback system where you can check how well a prospective employee has worked for his or her previous clients. If you want an experienced one, looking at the feedbacks is a great help. But you should not also disregard those who seem to be just starting out in the industry. Many of them are experts in other fields who just thought of dabbling in freelance work. But there are also those who have no experience at all, which ask for lower pays and by training them, you will also be helping them gain some experience and helping them out is not a bad thing if you have the time and resources to do so.

Filipinos are easily trained and they have the innate skills to do the job well. You just have to give them the chance to do so. I’m not saying that other freelancers from other countries are substandard compared to them, as there will always be other people far better, but Filipinos, in general, have a great reputation when it comes to work and this is known worldwide.