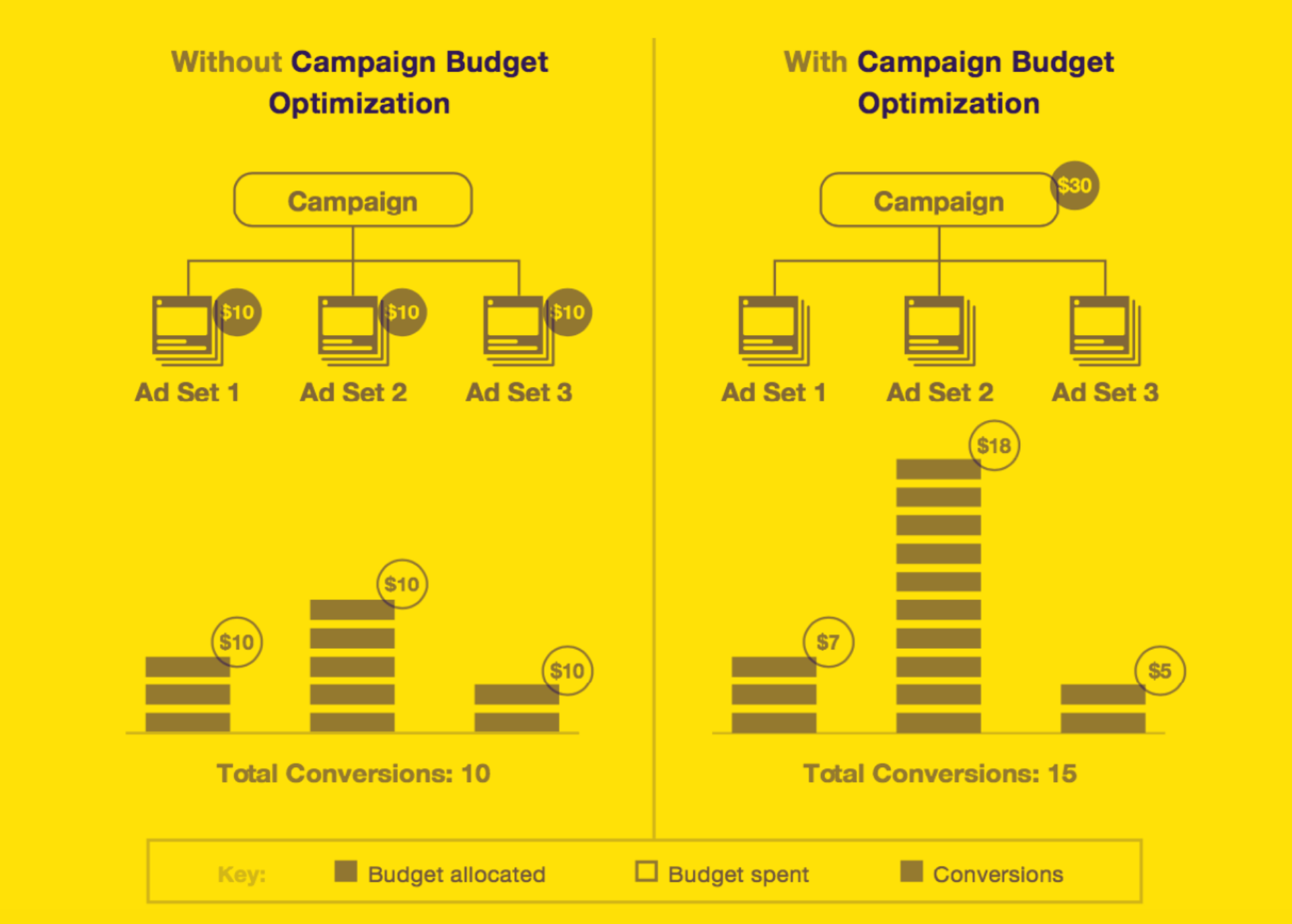 Not too long ago (2017), Facebook launched campaign budget optimisation as an option for advertisers to be able to automatically manage their budgets at the campaign level, rather than the ad set level. But in 7 months time it will not be an option, it will be forced update on all advertisers. Clearly, some advertisers aren’t happy about this:

As someone that is very budget conscious for our clients, I am NOT a fan of this being fixed.

its getting worse and my ad-sets just not stopping spending. not making a whole lot of sense… i have these on CBO (campaign budget optimization) too. doesn't sound like a $300 CPA is optimizing much at all. @robjective 60% spend while only 40% through the day? pic.twitter.com/1h44IMkZn3

Truth be told, we can’t blame them. We’ve tried this with some client campaigns and we’ve seen varied results. Even Jon Loomer wasn’t able to give glowing endorsements.

But Facebook highlights the following benefits of campaign budget optimisation:

And they backed it up with BuzzFeed’s success story. So let’s give it a chance.

The campaign budget optimisation migration will surely be a significant change for most advertisers and will require a major change in habits and processes, as Jon Loomer aptly puts it. But advertisers are given plenty of notice to get familiar with it before it becomes the default. So prepare to say goodbye and embrace the change.

What’s the reason for the change?

We can’t be sure. Is it to simplify campaign structure and internal infrastructure? Could it be to align more closely with Google Ads campaign architecture? Is it us mere humans cannot allocate budget and optimise as well as Facebook’s Artificial Intelligence (AI), or could we call it Surveillance Capitalism? Take your pick.