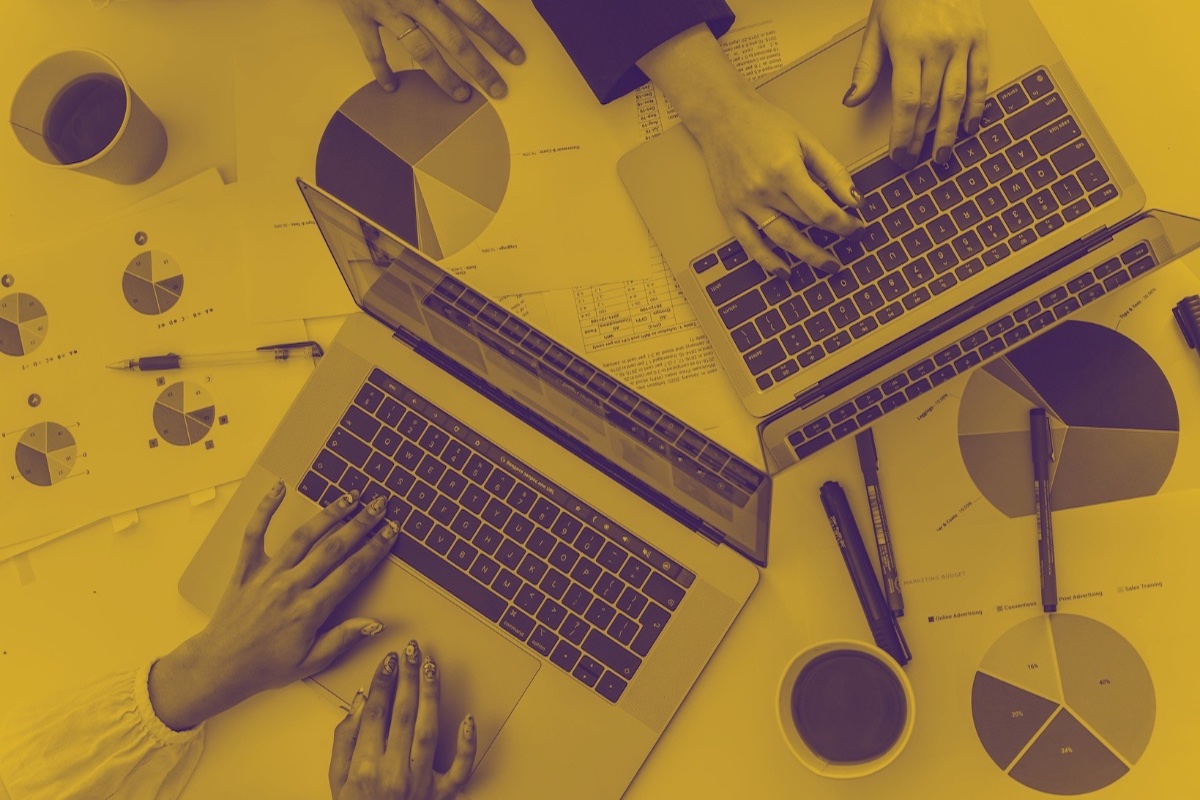 The resilient economic driver of the Philippines with over 11% contribution to national GDP, the Business Process Outsourcing (BPO) industry is predicted to see increasing national revenue and operations only improve after recent challenges.

More than 1.2 million Filipinos work in over 800 BPO companies in the Philippines. The country started by supporting international businesses with customer service and then eventually offering hundreds of digital services.

BPO has a long history in the Philippines, and the country is fast outpacing India as the BPO capital of the world. 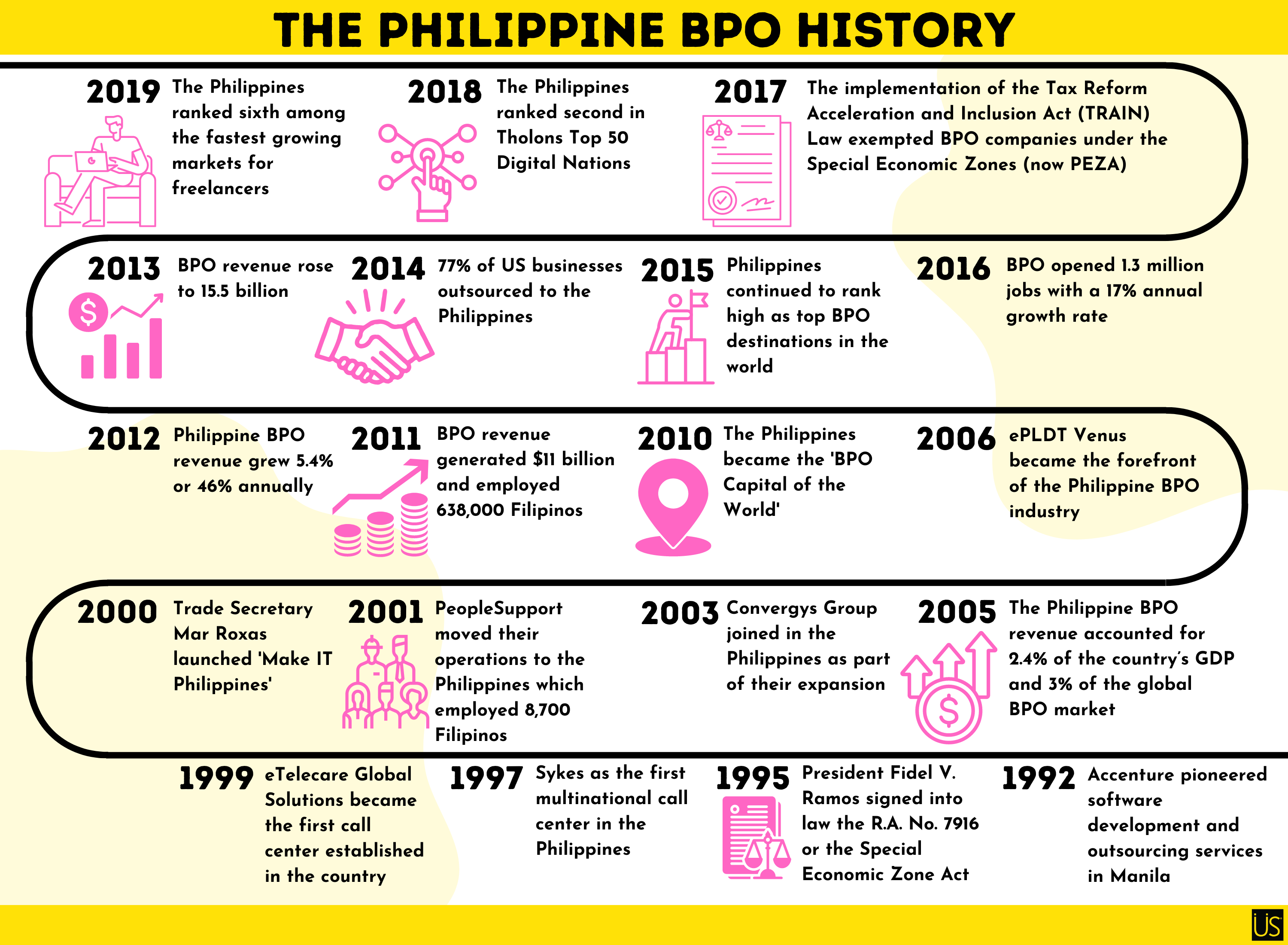 Even before the lockdown, working from home was a popular work arrangement. 40% of BPO employees work in the comfort of their homes either as a part of the gig economy or in BPO companies with remote work options/without local offices.

In the days of the pandemic, the BPO industry remained resilient. The oil and tourism industry plummeted during travel restrictions. The outsourcing industry’s revenue, by contrast, soared and is now second only to overseas remittances which still make up a large part of the country’s revenue from its enduring group of OFWs.

BPO employee headcount growth rate rose at 5.8% higher than in 2018.

The BPO industry experienced drawbacks as well. Employees caught Covid-19 and some lost income during self-isolation past their paid sick leave allocations. During the surge, some BPO companies juggled employees on sick leave, business operations, and trying to pivot, with decreased profit margins at the same time. Thus flexible work arrangements entered the scene.

Effects of Covid-19 on the BPO industry

2021: The resiliency of the BPO industry

The government helped corporations to recover from the pandemic with the Corporate Recovery and Tax Incentives for Enterprises Act. The CREATE Act reduces the income tax rate of large companies to 25%. This aimed to help businesses that suffered from the pandemic and to attract investors by cutting corporate income tax.

But tax perks are tied to BPO companies which have 70% on-site employees and only 30% of their workforce working from home. This was until April when the government wanted 100% of these companies’ employees to work on-site.

Despite this and other challenges of the pandemic, the Philippine outsourcing revenue grew 9%, 4% higher than the previously projected 5% in September. The country’s BPO receipts exceeded expectations as other countries outsourced the skills they need.

Healthcare, Animation, and Game Development headcount growth rates had a steady increase from 2019. The Filipinos also looked for higher-value jobs that offered programs for talent upskilling.

As Filipino freelancers upskilled, the Philippine outsourcing industry offered more digital talent and solutions, with skill levels and experience comparable to and even exceeding that of their offshore counterparts.

2022 had its continuing global upheavals. But BPO workers soldiered on, especially Filipinos who can always be counted on for optimism. According to Singapore-based consumer research firm Mileu Insight and mental health platform Intellect, the Philippines has the best mental health compared to Indonesia and Singapore.

78% of Filipinos rated their mental health as ‘good’, ‘very good’, or ‘excellent’. Their main motivations for doing their best include increased wages, giving their loved ones a good life, and achieving a sense of accomplishment.

It was also in the first half of 2022 that the deadline for the return-to-office of the BPO industry’s WFH employees passed, was extended, and then was permanently done away with. The transfer of IT-BPM companies from PEZA to BOI meant continued tax incentives even with 70-30 WFH work arrangements.

By the end of 2022, industry leaders expect 1.8 million Filipino BPO employees. In addition, to call center employees, the Philippines expands its outsourcing workforce to non-voice and technical specialization in digital like social media managers, web developers, data analysts, and more.

27% of the BPO sector’s workforce disperse across the countryside. Emerging and established hubs expect to erect their offices in provincial areas.

BPO agents in the Philippines average age interval is 18 to 34. In the contact center industry, women outnumber men with 58% female and 42% male at the start of 2022. Men dominate higher-paying jobs like computer programming, software development, and software publishing.

It was a 10.6% jump from last year. With digital adoption and expansion across horizontal and vertical markets became the key drivers for BPO growth.

It is not surprising with the pent-up demand from global customers that the Philippines offer quality at lower costs. Other reasons include higher confidence in flexible work arrangements and the growth in emerging sub-segments of outsourcing. From eCommerce, financial technology, technology, and healthcare.

The turnover rate in the Philippines is higher than in other countries with an estimated 30 to 40%. Attrition is one of the main issues in the BPO industry where employers struggle to find and keep long-term employees.

Aside from preferring off-site working arrangements, the common causes of the increasing attrition rate in the Philippines include lack of upskilling, poor working conditions from commuting to clocking out of work, lack of recognition, and excessive workloads.

IBPAP released the IT-BPM Industry Roadmap 2028. Here are their industry forecasts for the next six years:

IBPAP recommends the following for improving or surpassing the IT-BPM predictions:

The BPO industry contributes to the national revenue not only by its direct revenue but also as a significant multiplier effect in retail, logistics, transportation, food, and others.

AI and automation can affect the BPO processes in the future. But a few things will remain the same- outsourcing to the Philippines will still have the same advantage it has today.